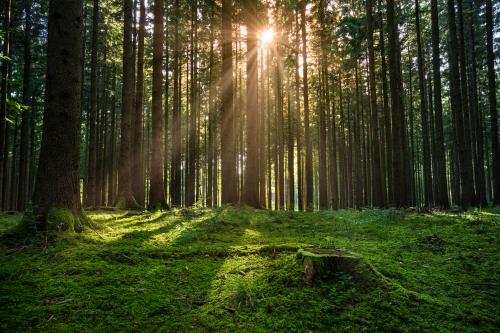 My name is Joe, I'm an engineer and technician with a degree in History from a liberal arts college who started out studying Philosophy.  CosmicEngine is the name I’ve given to my work in design, electronics, and related technical arts. I wouldn't really call it a "business" - at least not for the time being - it's more of a calling card.

I have broad hands-on experience in various fields ranging from microcircuitry and fiber optics fabrication to the philosophical fundamentals of symbolic logic which are the underpinnings of all programming languages.  In short, I can write code as well as do hardware work.

If you have a technical question - whether it’s a mysterious clicking noise on your laptop, or you need a wifi mesh network designed and built, or an app developed - I can probably help. I’ve built quartz-crystal radios and single-mode fiber optics cable systems for mil-spec aviation systems. I learned how to tinker on a ’55 Chevy half-ton pickup when I still needed a stack of phone books to see over the dash, and eventually I was repairing multi-layer circuitry to NASA standards in Anbar Province with the US Marine Corps. This isn’t a job: It’s a lifelong passion. My mother wasn’t too happy when I took a screwdriver to household appliances, but I simply couldn’t help myself – I had to know what was inside and why. I was almost always able to get things put back together, and I’ve gotten much better with experience.

I’ve been doing this for roughly thirty years. I began writing code before I was ten:  When my friends went to sports camps in the summer, I went to computer camp way back in the 1980s. My friends were learning the basics of tennis and I was learning the basics of BASIC. Software is just a machine’s way of understanding the symbolic logic forms that philosophers have studied for centuries, and I find this communication between humans and machines to be immensely fascinating. I can help you realize your vision for a software solution, or I can explain to you in an easily understandable way why current technology isn’t up to the task and what can be done instead.  Unlike most engineers & technicians, I find the latter specialty to be more of a benefit to partners and clients.

Send a message to Joe at this domain or use the social media links at the top of the page if you'd like to get in touch.  Let's build something amazing together.

In 1093 CE a renowned polymath named Su Song (or Su Sung, 蘇頌), who dedicated his life to pursuing all forms of exploration and discovery, completed the construction of a water-driven astronomical clock tower roughly 40 feet tall as part of his work as the court astronomer to the Song Dynasty.  It was capable of relating the movements and positions of celestial bodies relative to the Earth with a degree of precision previously unheard of. He called this creation “The Cosmic Engine,” and it was the culmination of his extensive work in horological engineering, collected and documented in his Xin yi Xiang fa yao. The treatise includes many innovations, including the oldest known illustration of an endless chain drive. From the moment I first read about this work, I fell in love with the name and I've used it ever since - I hope he would be happy with that. I have always loved clocks, and my favorite part of my job as a 6423 in the Marine Corps was working on the 8-day aviation clock. All of the pieces working in harmony, the tiny gears meshing together, the reliable back-and-forth sway of the escapement - and all of it tuned to the purpose of letting us know in a sense where we are, more or less, in the vastness of space-time. I know that the Cosmos is far beyond my capability to comprehend, but the notion that it is an engine, with moving parts and systems that all work together like a clock, is comforting to me in a way.